How to get the most out of a DUI class

A DUI class? You probably think the experience will be worse than the time you spent in jail following your roadside arrest.

But, it doesn’t have to be.

A DUI class could be the first step toward a new life.

When Gabby LaRue was arrested going the wrong way on a highway near Minneapolis in April 2013, she thought her life had come crashing down. It turned out to be a life-changing event that set her on a more positive path.

“Changes in myself couldn’t start until I finally got to a place where I was able to admit and accept my own brokenness,” Gabby wrote in the online blog The Everygirl.

Here is what Gabby had to say about her life after being arrested for DUI: “At the end of hard times like these, you have to ask yourself – ‘Is this the person I want to be? My answer is a definitive no.”

Julia Worthington drove her car through a wall in her subdivision in November 2010 after having seven drinks during a Christmas festival in South Florida.

What did she learn from the ordeal?

“For me I had to start seeing my arrest as a blessing in disguise,” Julia wrote in an online blog titled, What to expect after getting a DUI in Florida. "I could have killed someone or myself for that matter and I know I will never do this again- I know I will never have to live with that. I personally have stopped drinking which has created its own benefits in my life.”

Both women viewed their arrests as a wake-up call to change their lives.

So, what can you expect from a DUI class?  It will allow you to find out whether your drinking may be a deeper problem like substance abuse. Professional alcohol and substance abuse counselors will be able to discuss with you your past behaviors and determine whether you have a problem larger than fulfilling the conditions of a judge’s order. You could gain insight into your problem by taking a 1-minute alcohol assessment.

A DUI class will help you realize that continuing ro drink alcohol and drive will impact more than yourself. Driving while impaired could kill someone if you are involved in an accident. If you are lucky to avoid a mishap, the financial cost of a DUI arrest can be up to $20,000  and you could lose your job because of the offense.

You don’t get too many opportunities to change your life, but a DUI class could just be your ticket to a brighter future. 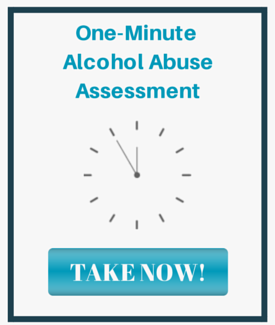 It's the most wonderful time of the year... unless you’ve lost someone special?  For most, the holidays are for celebration, reflection, and time spent with loved ones. From…

Step-by-step guide to getting therapy

Most people consider starting therapy because one or more aspects of their life feel challenging or overwhelming. However, when the process to find a therapist is also…

7 Ways to Cope with PTSD

People with post-traumatic stress disorder, or PTSD, will often struggle with symptoms such as stress and anxiety. But what is PTSD? PTSD occurs in people who may have…