7 tips for talking to your college freshman about binge drinking

Every year thousands of doe-eyed new college freshmen settle into their dorms anxiously awaiting their first moments of college life. In our society, college years are hailed as a transformative, exploratory time in a young adult's life. Parental influence is lessened and teens are given the opportunity to spread their wings. With all this new found freedom comes temptation for many. Alcohol abuse among college students is not a new issue. Although there’s been a steady decrease in alcohol consumption among college students over the last 10 years, binge drinking is still the most prevalent alcohol-related issue that students face. 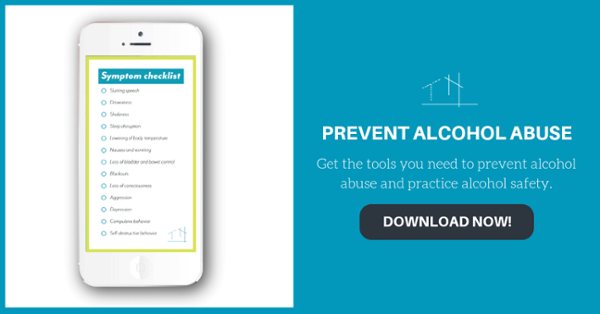 Students who engage in this type of behavior leave themselves at risk for serious personal consequences which can include:
Missing class or academic difficulties
Health problems
Unprotected sex, which can lead to STDs or unwanted pregnancy
Increased risk of sexual assault
Depression
Driving while intoxicated or getting into a car with an intoxicated driver
Death or serious injuries

Studies show the first six weeks of a college freshman’s first semester are critical. This is when habits related to future academic success can be formed. This is also when drinking starts or is exacerbated, often due to student expectations and social pressures, according to the National Institute on Alcohol Abuse and Alcoholism.

Peer pressure, or pressure from extracurricular organizations like sororities and fraternities, play a large role in the culture that surrounds binge drinking. More than 80 percent of American youth consume alcohol before their 21st birthday. With those statistics working against your college freshman, be sure to prepare them for the likely pressure to conform to social norms.

As a parent, you won’t be able to altogether prevent your child from consuming alcohol underage, but you can educate them on the dangers of binge drinking. Here are 7 tips to keep in mind when talking to your child:

Talking to your child about the dangers of binge drinking can be difficult, but keeping communication open is vital, especially when they are no longer living at home.