Servicemen and women have always taken care of their physical health. In today’s world, mental health is just as important.

Post-Traumatic Stress Disorder, or PTSD, is a common mental health disorder among veterans. Experiences like military combat, disasters, assault and sexual assault can result in PTSD. Often, a person experiencing PTSD will relive the traumatic event in thoughts or dreams and will take precautions to avoid situations that trigger memories of the event. In turn, this can prevent them from leading a productive life and make the transition into civilian life more difficult.

What are the symptoms of PTSD?

Symptoms of PTSD can include:

Depression commonly occurs after traumatic events. It is characterized by a low mood that lasts for more than a few days. Depression can disrupt your daily life by affecting your sleep, appetite and your desire to interact with others. For some, depression and PTSD can be co-occurring mental health disorders. Sufferers of PTSD are 3 to 5 times more likely to experience depression compared to those without symptoms of PTSD, according to a national survey.

What are the symptoms of depression?

Symptoms of depression can include:

What is Traumatic Brain Injury?

Traumatic Brain Injury or TBI, is a common deployment-related injury. For active service members deployed to Iraq or Afghanistan, the chance of TBI is 1 in 5. TBI occurs when the brain is hit with an outside force. This can be shocks from explosions or injuries from assault. TBI causes brain function to be temporarily impaired or altered and while it is a serious injury, it does not have any outward physical signs earning it the title of “invisible wound".

What are the symptoms of TBI?

Cognitive symptoms of TBI include:

Emotional symptoms of TBI include:

Physical symptoms of TBI include:

You can learn more about these common mental health concerns for veterans by reading the information provided on the following websites:

Counseling can help you understand the symptoms that you may be experiencing and give you the tools to lead a more productive life. Our counselors in Central Florida have a proud tradition of working with veterans and their families. Learn more about our counseling centers and schedule an appointment.

Family counseling for veterans: How it can help 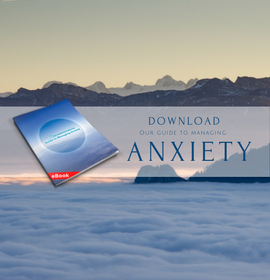